S’pore football can bounce back with strong youth development programmes, boost to local league and hiring of a foreign coach.

Conceding sloppy goals in two away games caused the downfall of the Singapore team at the ongoing AFF Suzuki Cup.

The biggest damage was inflicted when a defensive lapse a fortnight ago saw the Philippines snatch the only goal against Singapore that actually put the basketball-mad country into the semi-finals of the 10-nation tournament.

And a week later, Singapore bowed out 3-0 to defending champions Thailand, and the bitter pill was seeing all three goals virtually placed on the platter because of defensive blunders, yet again.

So are the Lions back to their lonely den, entrenched in gloom while most of the other regional opponents, namely Vietnam, Malaysia and the Philippines (even Thailand after about five years), are enjoying a resurgence?

And in the rankings, even Myanmar and Indonesia are ahead of Singapore with Cambodia slowly catching up.

No doubt, there are positives to take back from the Suzuki Cup campaign, especially the manner in which the Lions roared past Timor Leste 6-1 with some sizzling goals and clawed to a 1-0 victory over a defiant Indonesian team.

And it cannot be denied that overall, in all four matches, Singapore not only showed grit and tenacity but also produced superlative football in patches to indicate that all is not lost with local football as it labours towards returning to its targeted status.

Years of poor administration, personality clashes, no follow-through to plans and ideas, and the continuous changes to coaching and youth development structure had dragged Singapore football into a quagmire.

And the chest-thumping that went on with technical director Michel Sablon’s blueprint which worked with the Belgium national team’s rise (even to world No. 1 ranking) and the Football Association of Singapore’s youth development design plan fizzled into much talk and little action.

So Singapore football was virtually entrenched on the drawing board stage following little support and intangible interest given to those lofty ideals.

Little wonder that Sablon, the man credited for the rise of Chelsea’s Eden Hazard and Manchester United’s Romelu Lukaku departed earlier than schedule, and the FAS were left somewhat in a quandary.

But there is a silver lining as the current FAS set-up are bent on bringing back some credibility and respect to the national team, especially with the fans waiting anxiously for something to happen so that they can fill up the SportsHub’s National Stadium.

Football is, undoubtedly, the No. 1 sport in Singapore –and certainly the world with 211 members in the Fifa fold – so its attention draw is immeasurable. So if the National Stadium is to be filled up, concerts and shows aside, football is the only sport that can draw in the crowds.

So the sport needs invaluable support, even from the Government who should look at it as one sport that can unite the country and forge a national togetherness.

And the hard truth is that if you do not get your football act together and stay still, other countries will leapfrog over you and leave you trailing behind.

In the mere six years since Singapore last won the Suzuki Cup in 2012, the Lions have never made it past the group stage of the Suzuki Cup. That is an indictment on our football administration and application.

Thailand, for long the Asean kingpins, have gone from 2002 to 2014 in the Suzuki Cup, an embarrassment considering regional reputation. Yet, they regrouped after that 2012 final defeat by Singapore, and sent their best youth players overseas to Europe and Japan, and they bounced back to regain their status in the Cup in 2014 and 2016.

The Philippines, a country which considers basketball and boxing as their most favourite sports, have grown in ambition, getting European players of Filipino descent to play for them, and then hiring big-name coaches such as former England manager Sven-Goran Eriksson to guide them.

Vietnam, Myanmar and Malaysia have promising youth squads that oil the machinery that produces young talent consistently to their national senior sides.

The current FAS administration has a vision and many goals. It needs time to set many things right, and the association has been suffering body blows from an impatient fan base that keeps harping about our Malaysia Cup glory days.

But the Malaysia Cup is a different ball game, an inter-state competition that has no place for Singapore football anymore.

However, the FAS cannot just sit back and hope things work out. They must take many concrete steps, like revisiting the youth development programmes, hiring quality coaches from abroad and instil in our young talented footballers that pro football is a passion and career worth taking up.

They should also encourage our talented players from venturing abroad and enduring the difficult pro lives that thousands go through before they become recognised and sought-after players. In that vein, I was disappointed that the Fandi brothers, Irfan and Ikhsan, not making it with an attachment with Portuguese top-tier club Braga and are looking towards Thailand for a stint.

In fact, it was said that Irfan turned down the offer because he felt “loneliness”, a decision that was criticised by Singapore’s famous businessman Peter Lim who owns renowned Spanish club Valencia. 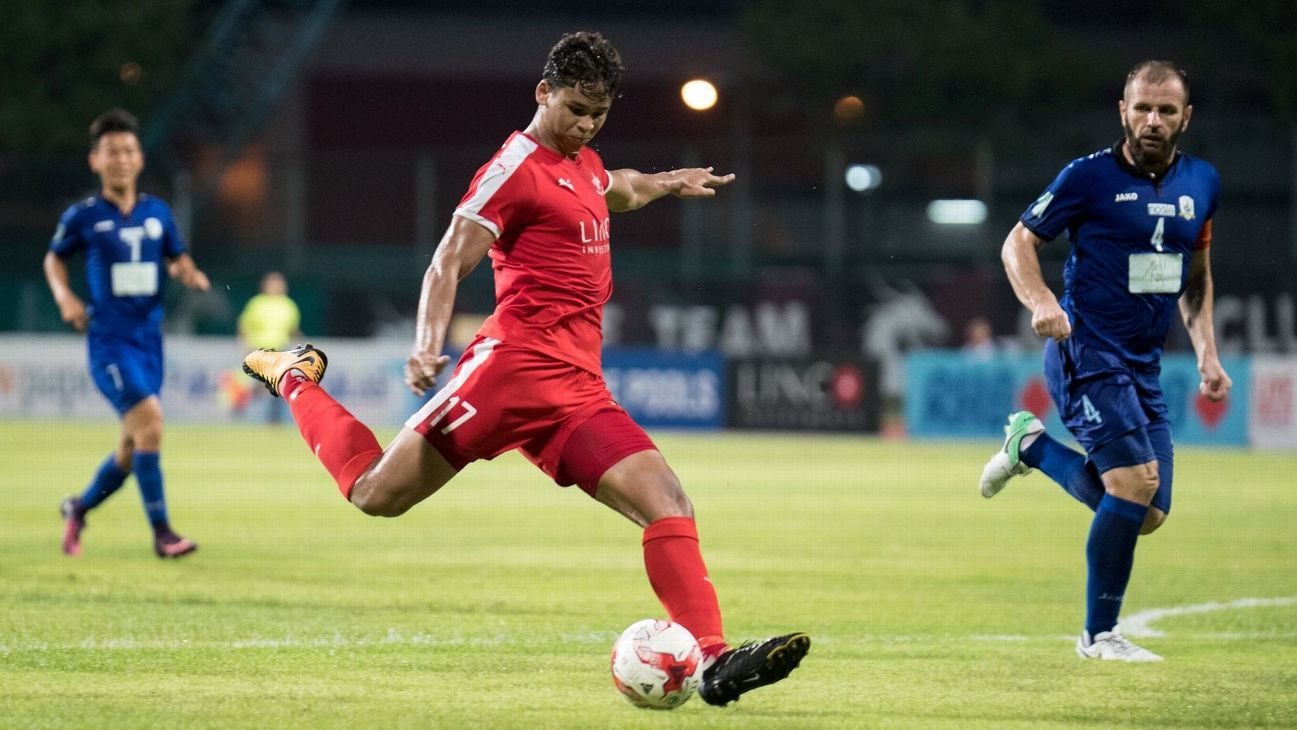 Also the Singapore Premier League has to be spiced up to ensure that there is stiff competition for our players who do not get overseas offers. And foreign teams must be encouraged to send teams to the local league, and a fan base has to be built.

No doubt, the FAS face a monumental task in working towards these targets, but the nature of football is such that if you stay still and dormant, you will be left behind in the bigger scheme of things.

So get cracking FAS, for time is not on your side and the fans’ impatience is showing.