In one of the most high profile free-agencies in recent memory, Sunday was only the start of the drama which is beginning to unravel.

With more than 20 deals already done, it is important to remember that players will not be able to officially sign contracts with teams until July 6 – when the embargo period has been lifted.

We kick off with the most talked-about move since the beginning of the year – Anthony Davis to the Lakers.

On paper honestly, both teams won the trade. Davis’ inclusion to a Lakers team means they can effectively compete for a championship next season which was Lebron James’ intention from the start. They will be releasing several other low contract players to sign either Seth Curry or Danny Green to fill up the shooting guard position. Andre Iguodala looks to be on his way to the Lakers too after getting bought out by Memphis from a Golden State Warrior trade.

On the other hand, the Pelicans now have a deadly young core together with the incoming Zion Williamson. Lonzo Ball, Brandon Ingram, Josh Hart, No. 4 overall pick in 2019 (De’Andre Hunter)
and three future first round picks would mean the Pelicans are set for the future. What a hurricane of a deal. In matter of hours, the world exploded when Kevin Durant officially announced his decision to join the Brooklyn Nets.

The Warriors quickly put together a deal which create the salary-cap to turn Kevin Durant’s free-agent deal with the Nets into the acquisition of Russell. The Warriors traded Finals MVP Andre Iguodala to the Memphis Grizzlies with a protected 2024 first-round draft pick and took Shabazz Napier and Treveon Graham on their books also.

A backcourt trio of Steph Curry, Klay Thompson and Russell rotating would be nothing short of spectacular. The Warriors made a brilliant decision after confirming Thompson’s ACL tear in the NBA Finals would sideline him for majority of next season. Standing at 6’5, Russell can play at both guard positions and had a stellar breakout season at Brooklyn, averaging 21.1 points, 3.9 rebounds and seven assists.

How a meteoric rise from the ashes. Just a decade after the worst trade in history, the Nets has revived with two marquee names and three All-Stars. Along with that, keeping the core of Joe Harris, Spencer Dinwiddie, Jarrett Allen, and Caris Lavert on their roster. Although Durant will be out for most part of next season, it would be a delight for Nets fans considering that the Knicks had actually cleared up to $70 million in cap space to sign

Kemba Walker has agreed to sign a four-year $141 million maximum contract with the Celtics. Walker will be part of a trade that would send Terry Rozier from Boston to Charlotte on a three-year, $58 million deal. This deal is perfect for both Walker and the Celtics – a seamless transition.

The Celtics are resigned to lose Kyrie Irving, but now have a three-time All-Star in Walker to slide into the starting spot. It is also Walker’s first roster with significantly talented players.

Malcolm Brogdon has agreed to a four-year, $85 million deal with the Indiana Pacers. Indiana is trading a first-round draft pick in 2020 and two future second-round picks to the Milwaukee Bucks for Brogdon,

Why the Bucks traded away such a valuable role player is leaving many flabbergasted, and in fact for picks rather than players. They have already lost Nikola Mirotic to EuroLeague’s Barcelona but re-signed several key players.

Jimmy Butler to the Miami Heat

For the first time in his life, Butler chose his own team. The Philadelphia 76ers signed Josh Richardson and traded Butler to the Heat for a $142 million contract. Butler averaged 18.7 points, 5.3 rebounds, 4.0 assists and 1.9 steals while shooting 46.7 percent overall and 34.7 percent from 3-point range for the last season.

A four-time All-Star who also earned four All-Defensive Second Team nods in his eight seasons, Butler is one of the rare high intensity two-way player every team craves for but with individual characteristics that might affect chemistry in the locker room. Truly, there is only one winner here.

The New Orleans Pelicans quickly agreed to a $26.5 million deal with sharpshooter J.J Redick on Sunday when free agency opened. The 35-year-old averaged 18.1 points and 2.4 rebounds this season while playing 76 games for Philadelphia.

His shot 39.7 percent from deep at the 76ers, and he’s a career 41.3 percent shooter from three-point range. At the newly rebuilding Pelicans, Redick plays an important role as a veteran leader and also share the two-spot with E’Twaun Moore. The Pelicans are in desperate need for perimeter shooters to surround Zion Williamson and Lonzo Ball.

Horford has agreed to a four-year, $109 million deal with the Philadelphia 76ers. The 33-year-old Horford averaged 13.6 points, 6.7 rebounds, 4.2 assists and 1.3 blocks, shooting 53.5 percent from the field and 36.0 percent from deep last season. A versatile big, the 6-foot-10 Horford can easily play at the 4 or 5, and could play with or behind Joel Embiid. His addition to the team would mean a fresher Embiid come playoff time.

Bojan Bogdanovic has agreed to a four-year, $73 million deal with the Jazz. Bogdanovic will provide an additional perimeter threat fresh off of a career year with the Indiana Pacers. In 81 games for Indiana, Bogdanovic averaged 18.0 points per game. He shot 42.5% from beyond the arc this season and 40.2% in 2017-18. He joins Mike Conley on a new look Jazz.

The addition of the 30-year-old will take pressure off Donovan Mitchell, and will transform the Salt Lake City team to one of the best shooting teams in the league despite Kyle Korver and Jae Crowder leaving. 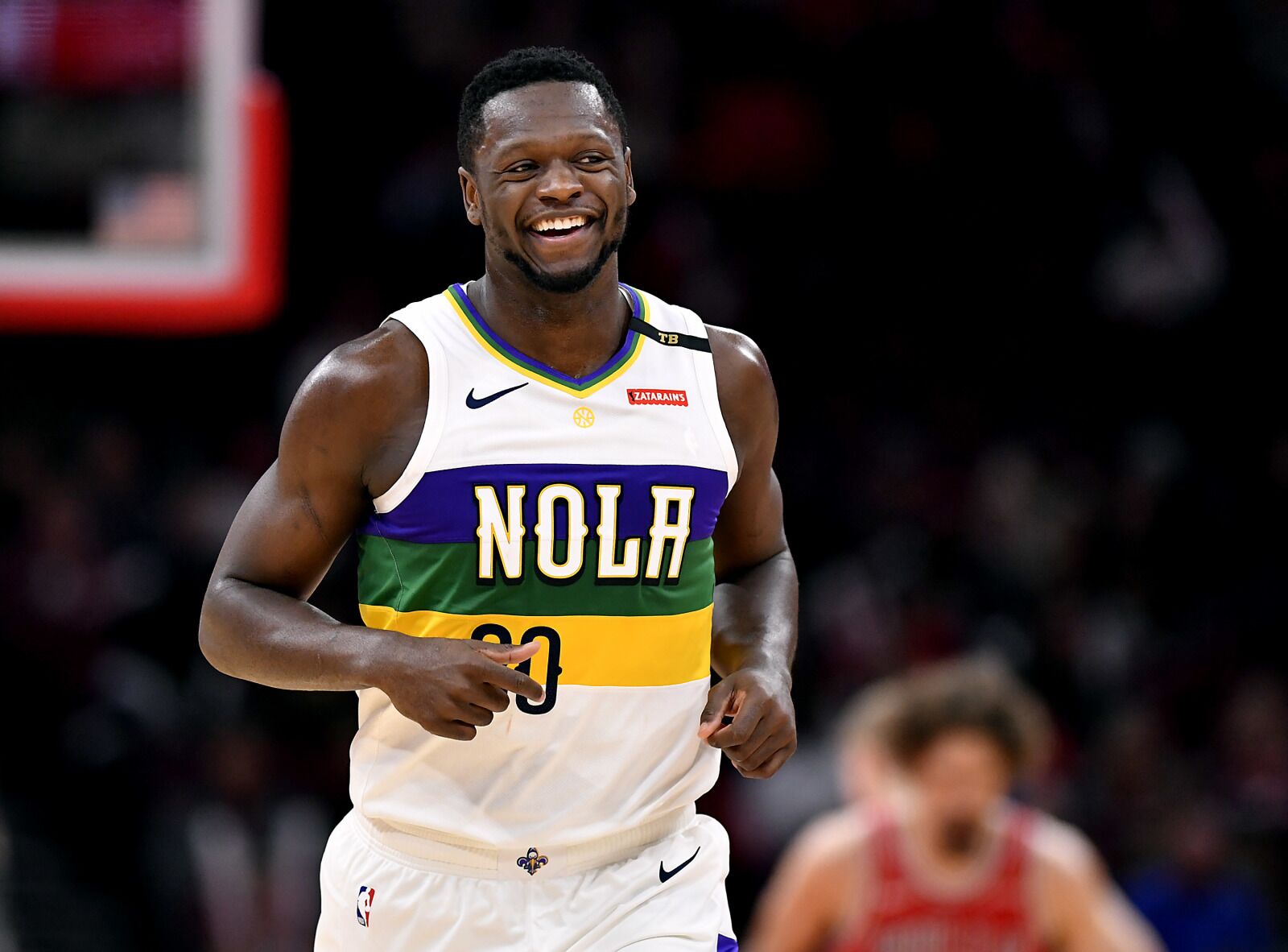 Julius Randle has agreed to a three-year, $63 million contract with the New York Knicks. This came after the Knicks failed to land either of their targets in Durant and Irving and according to reports,  the Knicks were reportedly unwilling to offer Durant a max contract due to concerns over his Achilles injury.

Randle averaged a career-high 21.4 points, along with 8.7 rebounds, in 73 games with the Pelicans this season. He shot 52.4% from the field and 34.4% from 3-point range. However, going to the Knicks is career suicide considering how badly managed the front office is. It is true they have a future All-Star in RJ Barrett but in recent times the team has made questionable decisions which ultimately led to their five-year hiatus from the playoffs.

And after missing out on Durant and Irving, the Knicks went to sign Bobby Portis, Reggie Bullock and Taj Gibson aside from Randle.

Ricky Rubio has agreed to a three-year, $51 million deal to join the Phoenix Suns, pairing him up with Devin Booker to finally give him some breathing space. Rubio as a pass-first point guard, can utilise his leadership and vision on a young Suns team.

We hope the Suns do not make the same mistake they did with Bledsoe, Dragic and Booker again. But now with four guards on their team, it might be 2013 all over again.

Derrick Rose has agreed to a two-year, $15M deal to join the Detroit Pistons.

The 30-year-old averaged 18 points, 4.3 assists and 2.7 rebounds this past revival season with the Minnesota Timberwolves. Frankly it comes as a surprise as Rose played well at Minnesota but the Pistons could use a veteran guard to pair with Blake Griffin and Andre Drummond. They Motor City boys looks to give their playoff chances a big push with this acquisition.